Pritt turns 50: How a revolutionary idea changed the world of adhesives

For half a century, the Pritt glue stick has been a staple item in the everyday life of children all around the world – supporting them in developing their crafting skills or helping them finish school projects. Now it’s time to celebrate Pritt’s milestone birthday!

But what made Pritt so ingenious in the first place? With an innovative idea that closed a gap in the market, this German success story was off to a good start. Additionally, its formula and almost solid substance set it apart from many other adhesives. Lastly, Pritt’s unique and practical packaging quickly won over its users for being small, handy and always ready to use.

How it all began: The origins of Pritt

The story of Pritt began with Henkel taking its first ever step into the world of adhesives in 1922. In the cellar of the packing department building in Düsseldorf-Holthausen, Henkel established the production of paper, board and packet adhesives for in-house consumption – thereby creating a solution for gluing its powder detergents paper bags and cardboard boxes for transportation. The business grew once the company started selling decorator’s glue and wallpaper paste to neighboring craftsmen’s companies. In the following decades, more and more brands and products were launched, and in 1969, Pritt’s iconic twist-up stick finally hit the market. 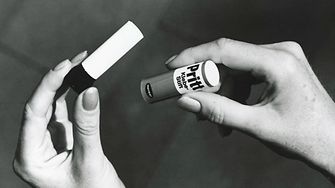 The first ever Pritt glue stick was launched in 1969 and revolutionized the adhesive market.

From idea to reality: The first Pritt glue stick is born

After seeing a woman apply lipstick in public in 1967, former Henkel engineer Dr. Wolfgang Dierichs started thinking. The simple and convenient twist-up mechanism of the lipstick gave him a revolutionary idea: Why not develop an adhesive in the shape of a lipstick, making the application quick, clean and accurate? Taking this thought as a basic construct, Henkel tested and developed different variations of the product over the course of the next two years. In 1969, the testing period was completed, so it was time to launch the first ever Pritt glue stick.

During the following decades, Henkel has strived to continuously improve the quality and formula of its glue sticks. In 2000, the company reached a milestone, when it launched the first solvent-free Pritt generation which met the modern demands for safety and sustainability.

Out of this world: Pritt in Space

In 2001, Pritt was able to call itself “out of this world,” when a rocket ferried a cargo of Pritt products to the International Space Station ‏(ISS). The glue sticks were successfully tested under extreme space conditions, resulting in Pritt being officially awarded with the exclusive seal of “Space-Proof Quality.” Up to this day, Pritt is still being used in space by astronauts on the ISS. 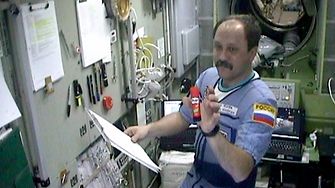 Reliable even without gravity: Since 2001, the Pritt glue stick has been used as an adhesive by astronauts working at the International Space Station ‏(ISS).

The evolution of Pritt: Introducing a more sustainable formula

The start of a new decade in 2010 initiated a major move towards sustainability. The exact components of the glue sticks are a secret, but it is mostly made up of water, sugar and starch. What’s no secret? Over 90 % of the ingredients are based on renewable raw materials, therefore making the Pritt glue stick non-toxic and biodegradable.

Since its creation in 1969, the Pritt glue stick helped children develop creative and motor skills through glue related crafting activities in school and at home. To enable children’s crafting of their dreams and ideas, all products are created with the goal of being easy to use.  And because of the creative extensions of their product range, Pritt is the number one brand in more than 120 countries and receives international acclaim: from South America to Africa, the Middle East and, of course, Europe. In many countries, Pritt has become the leading brand in the category of glue sticks, making it the most successful paper adhesive in the world with more than 80 million pieces being produced every year. 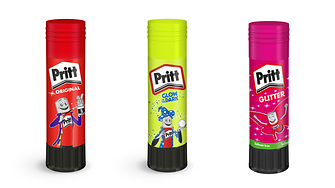 To the delight of children all over the world there are Pritt special editions such as the glitter glue stick and the "Glow in the Dark" stick.

With continuous new and creative product additions, Pritt is looking forward to being a part of children’s lives throughout the next decades and to accompany them through any creative tasks they might endeavor. 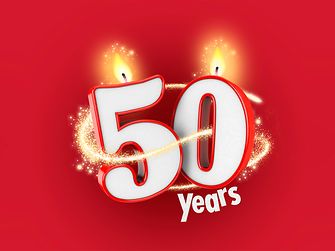 For 50 years, Pritt has been the go-to brand when it comes to children’s creative crafting. 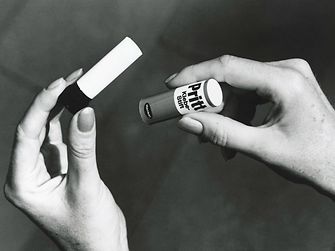 A Düsseldorf invention conquers the world 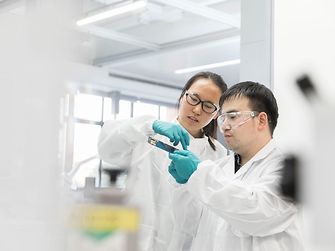