Society is changing, new technologies are emerging, and demand for planes and satellites is taking off

Globalization, digitalization and the urgent need to protect our planet are transforming our modern way of life – and fuelling a revolution in the aerospace industry. As demand for air travel and satellite communications rises at ultrasonic speed, new opportunities and challenges are opening up. But how are businesses responding?

Taking advantage of a strong tailwind

Demand for air travel and satellite communications is higher than ever – and still rising. Business and tourist passenger numbers are increasing as a result of globalization and low-cost airlines, while new digital technologies are generating a global appetite for innovative electronic systems and satellite services. Overall, the number of aircraft is expected to more than double in the next 20 years, while experts predict that six times more satellites will be launched in the next ten years than in the decade before.

Put simply, this means companies need to produce more planes and satellites than ever, much faster than ever. And this creates challenges because traditional manufacturing processes cannot produce the goods fast enough. The aerospace industry will only be able to take advantage of surging demand if it goes through a major transformation – with increased automation and more efficient manufacturing processes, as well as simplified designs and innovative new materials. 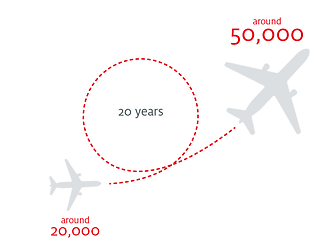 The aircraft manufacturers Airbus and Boeing estimate that the number of aircraft could rise from 20,000 to almost 50,000 in the next 20 years.

Rising awareness of the environmental impact of air travel is accelerating this transformation in the way aircraft and spacecraft are made. Increased focus on sustainability is placing pressure on the aerospace industry, amplified by increasing regulation covering aircraft emissions and noise levels – like the European Commission’s Flightpath 2050 guidelines. That’s why companies that build planes and satellites are exploring sustainable technologies with the potential to decrease noise and reduce the environmental footprint of the aerospace industry. 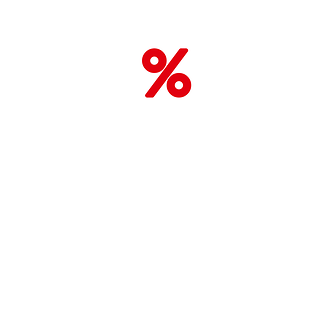 Flights produced around two percent of the world’s CO2 emissions in 2017. 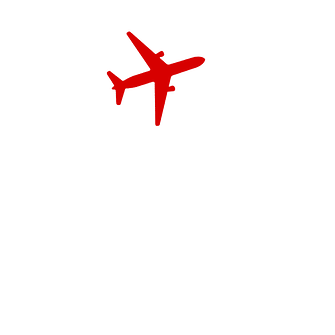 A flight from London to New York generates roughly the same amount of emissions per person as heating a home in Europe for an entire year. 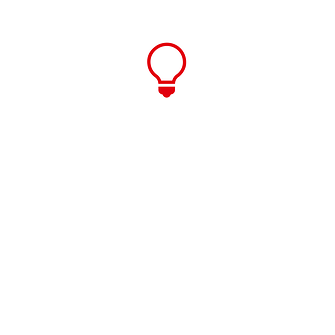 Since 1990, greenhouse gas emissions from aviation in the EU have more than doubled.

Many aircraft manufacturers are addressing these considerations as early as the design stage. In this way, they aim to reduce the weight of their planes by switching away from metals and towards using innovative carbon fibre materials, or even advanced hybrids that combine aluminum and carbon fibre. This can make it possible to create lightweight aircraft that consume less fuel and generate less emissions.

"It is not a question of if, but when electrically-propelled aircraft will become the norm."

Similarly, many companies in the aerospace industry are looking into the potential of electric engines as an alternative to burning fossil fuels. If this technology develops successfully, it would make airplane engines quieter, cheaper and lighter – which could potentially cut their impact on the planet.

Autonomous technology is taking off

It’s not just the body and the engine that are changing – there’s also a revolution taking place in the cockpit. Digital technology is opening up opportunities for cutting-edge electronic controls and guidance systems, as well as sensors for speed, temperature and a wide range of other factors. These technologies make sure passengers arrive at their destinations as quickly and safely as possible.

Sensors are also playing a central role in the development of self-piloting aircraft. By providing real-time data, they could enable autonomous flight management systems to generate and adapt the flight path based on changing conditions. Current prototypes are exploring how this technology could be used for drones that deliver shopping for online stores, as well as for flying taxis. This may sound like a futuristic fantasy – but experts estimate that there could be at least 10,000 flying taxis in service as soon as 2030. 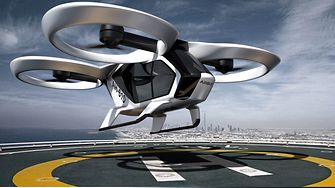 Experts estimate that there could be up to 10,000 flying taxis in service as soon as 2030

Experts estimate that there could be up to 10,000 flying taxis in service as soon as 2030.

If delivery drones and flying taxis sound futuristic, what about 3D-printed aircraft and spacecraft? The aerospace industry is exploring the potential use of additive manufacturing to produce some parts and components of planes and satellites. This could make it possible to produce simplified designs faster and contribute to sustainability by cutting waste.

3D printing has already been used to create prototypes for the automotive, healthcare and fashion industries. Aircraft and spacecraft manufacturers are now looking into applications involving the engines and turbines, as well as the wings and the cabin interior. 3D printing could be a game-changer in helping companies meet rising demand by accelerating production times, while also increasing safety because 3D-printed components are often more durable.

Staying in the air thanks to maintenance and repair

Of course, producing reliable components for an aircraft or spacecraft is only the first step. Planes or satellites are expected to stay in operation for up to 40 years and need to be resistant against wear and tear even when they face extreme conditions. For example, the temperature in space can change from -170 to more than +120 degrees Celsius within a very short time.

“Passengers and aircraft manufacturers agree on that safety is the top priority – because when you’re 10,000 meters above the earth, you don’t want to stop. That’s why solutions that are used to maintain, repair and overhaul aircraft are so important for this market.”

For this reason, materials used in aircraft and spacecraft have to meet strict expectations for quality and safety – and it’s extremely important to maintain and repair these vehicles effectively. From the body or wings through to the engine and components, a massive range of adhesives, lubricants and cleaning solutions are used to make sure planes perform reliably, while also repairing any damage and ensuring compliance with local and international regulations. 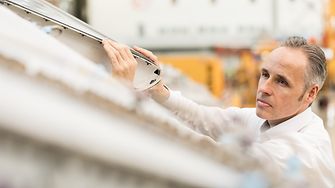 Passengers and aircraft manufacturers agree on that safety is the top priority. For this reason, materials used in aircraft and spacecraft have to meet strict expectations for quality and safety.

The future of the aerospace industry will be shaped by innovations like electric engines, self-steering flying taxis and 3D printing. However, it will also be shaped by the way businesses respond to these trends and adapt to meet rising demand for air travel and satellite communications. Part of this response is already happening now, with companies and organizations along the entire value chain exploring breakthrough technologies and expanding their capacities.

At Henkel, our solutions are already used in more than 1,500 aircraft specifications worldwide. Our adhesives are used to join parts of the aircraft body together and our innovative materials are hidden in the engines and interiors, while our coatings, surface treatments, maintenance products are found in cockpit controls, in-flight entertainment, guidance systems and sensors. Whatever the future holds for the aerospace industry, Henkel will be on-board – helping to make your flight smoother, safer and more sustainable. 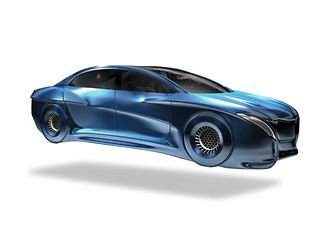 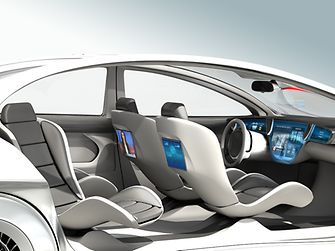 What makes cars fit for the future

Henkel know-how in the automotive industry 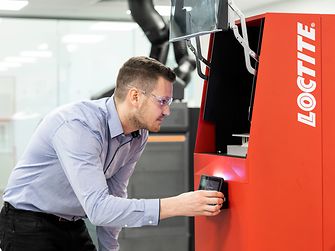 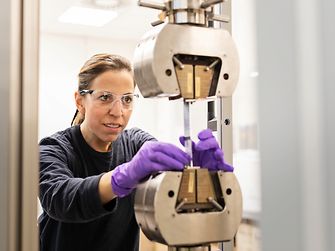