Henkel, the global leader in the adhesives market across all industry segments worldwide, has announced the appointment of Dr Nigel Fay as Director of Henkel Ireland Operations and Research Ltd. Nigel will combine his new position with his current role as Global Head of Innovation & Engineering in Henkel’s Industrial Adhesives division.

With over 18 years of industry experience, Nigel has spent 15 years at Henkel, holding senior positions in both Ireland and Germany. He has a track record of delivering innovative solutions that contribute to business growth.
As lead Director at Henkel Ireland, Nigel will lead the 400 strong team based at the company’s Tallaght site as it continues to develop innovative products for Henkel’s global customers.

Commenting on his appointment, Nigel Fay, said: “I am delighted to be appointed to the role of Director of Henkel Ireland Operations and Research. Having spent the past 15 years working with Henkel, and 11 of those years based in Tallaght, I am excited to be leading an exciting team that has a global impact. As one of the few businesses carrying out commercial research and development in Ireland, we are at the forefront of chemical research that has real world implications for our customers. I look forward to leading the team in Ireland while also continuing in my Global role as Head of Innovation and Engineering in Henkel’s Industrial Adhesives Division.” 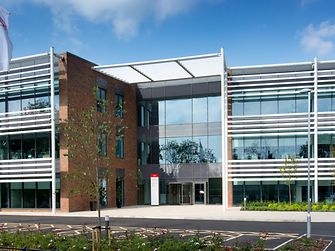 Over 140 years of company history, about 53,000 employees and three business units – people from all over the world trust Henkel´s brands and technologies.