Each year, a winner is selected for a young chemistry prize by the Royal Irish Academy, Sponsored by Henkel Ireland

Generating electricity from body fluids and using it to power bioelectronic devices was this year’s winning thesis project for the Royal Irish Academy’s Kathleen Lonsdale Award. This award, established in 2000 and sponsored by Henkel, is granted to the most outstanding Irish PhD thesis in chemical sciences and is intended to encourage early career science researchers.

The winning PhD thesis, entitled “Development of nanoporous gold-based bioelectrodes”, focuses on the use of nanoporous gold-based biofuel cells in generating electricity from body fluids. These cells could be used in the development of implantable and wearable power sources for bioelectronic devices, such as self-powered pulse generators and contact lens-supported flexible biofuel cells, which can generate power from lactate present in tears.

Award winner, Dr Xinxin Xiao, is a post-doctoral researcher at the Technical University of Denmark. His winning PhD thesis was supported by the University of Limerick ‏(UL) under the supervision of his Professor Edmond Magner and was inspired by the importance placed on health and doctors in his home village in China. Xiao didn’t get the chance to train to be a doctor, so he chose to do health-related research during his Masters. He became fascinated with the preparation and testing of nanomaterials and decided to use that to make a difference; and now, it is possible to create self-powered drug release systems that can enable controllable and on-demand drug delivery.

The participants in the Royal Irish Academy Award are asked to submit a thousand-word essay that describes their thesis while connecting their research to current findings in chemical sciences. Also taken into consideration is the quality of publications which arise from the research in order to win the award along with a prize of €1,000. Dr. Xiao has also been nominated by the Royal Irish Academy to compete for the 2019 IUPAC-Solvay International Award for Young Chemists, which will be presented to the successful recipients at the 2019 IUPAC Congress in Paris.

When asked what message he wanted to deliver to people, Dr Xinxin Xiao said: “People may think nanomaterial fabrication is very difficult – in fact, it may be the opposite. For example, the corrosion of brass, which is an alloy of copper and zinc, can lead to porous copper with nanoscale pores. We use a similar corrosion process when we fabricate nanoporous gold.” 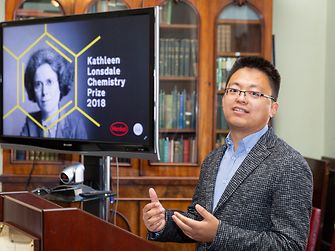 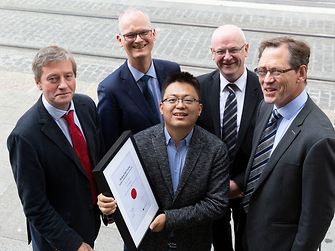 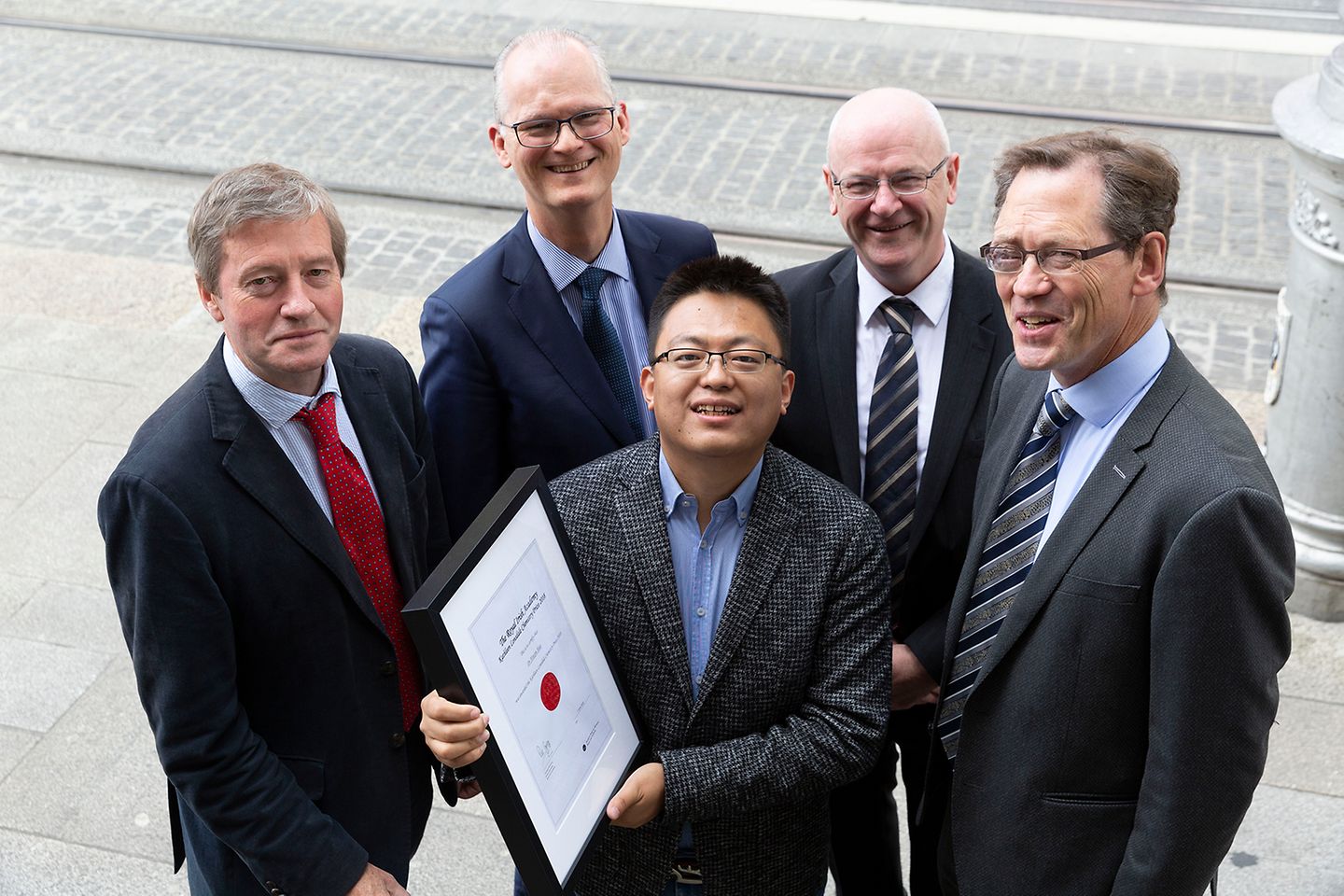 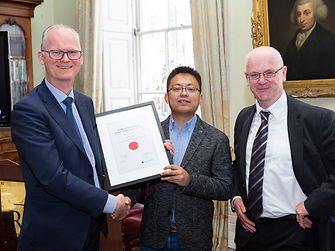