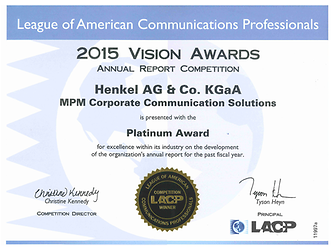 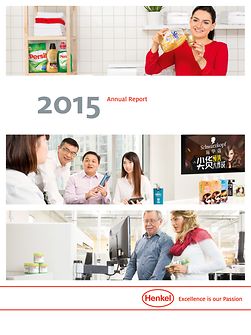 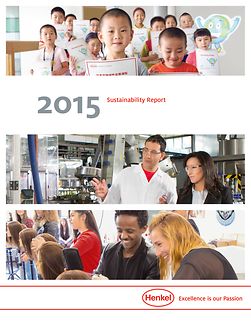 With a score of 99 points out of 100, Henkel’s Annual Report 2015 received a platinum award. Ranking 24th globally and 13th in the Europe/Middle East/Africa region, Henkel achieved a significant improvement compared to last year’s competition results ‏(43th globally and 25th in the Europe/Middle East/Africa region). As in the previous years, the report is clearly among the Top 100 Annual Reports worldwide. For the second time in a row, the Henkel Annual Report also received a silver award in the special category “Best Report Cover”. Henkel’s Sustainability Report 2015 received a silver award scoring 97 points out of 100.

Nearly 1,000 organizations in 25 countries were reviewed by an international jury of communications experts in the competition. Among the award criteria were first impression, report cover, letter to shareholders, report narrative, report financials, creativity, message clarity and information accessibility.

LACP was established in 2001 in order to create a forum within the public relations industry that facilitates discussion of best-in-class practices within the profession while also recognizing those who demonstrate exemplary communications capabilities. 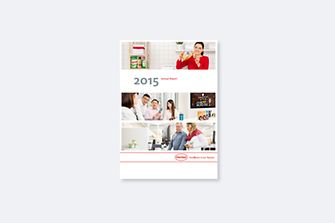 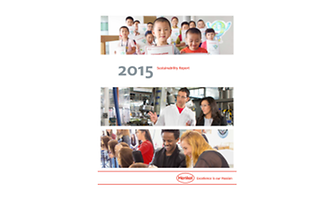 Find out more about the recognitions Henkel has received from customers, distributors, institutes, and other stakeholders.