Henkel started business in Brazil in November 1955, inaugurating a plant in the city of Jacareí, in the state of São Paulo. Today, Henkel has three plants in Brazil – located in Diadema, Itapevi and Jundiaí – in addition to its headquarters in Lapa. It employs more than 900 people in the country. Over the past six decades, the company has become a leader in Adhesive Technologies and a major player in the Beauty Care market, with brands such as Cascola, Loctite, Pritt and Schwarzkopf Professional.

Henkel started business in Brazil in November 1955, inaugurating a plant in the city of Jacareí. Today, Henkel has three plants in Brazil and employs 900 people in the country.

Henkel started business in Brazil in November 1955, inaugurating a plant in the city of Jacareí. Today, Henkel has three plants in Brazil and employs 900 people in the country.

“Sixty years ago we chose Brazil to start our operations in Latin America, and since then we have brought important innovations that are present in all kinds of products, which Brazilians use every day," said Manuel Macedo, President of Henkel Brazil. "It give us great pride to see that throughout our history Henkel technology has evolved and grown along with the country.” 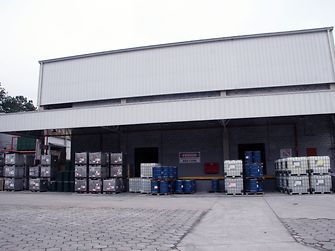 Henkel’s Brazilian plants are located in Diadema, Itapevi and Jundiaí. The company’s headquarters are in Lapa. Henkel’s Brazilian plants are located in Diadema, Itapevi and Jundiaí. The company’s headquarters are in Lapa.

The first Henkel plant in Brazil produced industrial detergents for the textile and leather industry. At the end of the 1970’s, the plant became the first chemical company in the Vale do Parnaíba to include a water treatment plant, showing Henkel’s commitment to sustainability. In 1983, the Itapevi unit was inaugurated in the metropolitan region of São Paulo, creating jobs in the area.

Since the 2000s, Henkel has conducted a recycling program to raise awareness of sustainability. In line with the company’s sustainability strategy, Henkel Brazil changed the lighting of the Itapevi plant to LED lamps, resulting in energy savings of around 20 percent. In 2014, Henkel set up a Polyurethane factory located at the Jundiaí plant. The facilities were designed to make maximum use of natural lighting and ventilation in order to respect the environment. With the new factory, the company increased production of industrial adhesives by 40 percent.

Henkel launched the Together for Sustainability initiative in Brazil in 2015. The project aims to develop and implement a comprehensive audit to evaluate and improve sustainability practices within the supply chains in the chemical industry. Around 300 participants were present at the event, which took place in São Paulo in June.

In October, Henkel launched the One Roof project, gathering around 300 employees from Adhesive Technologies, Beauty Care and other functions in one building. The project, which is in line with Green Building global standards, aims to streamline and standardize the company's operations.

Bringing innovation in adhesives to Brazil

Henkel has brought several innovations to Brazil – Super Bonder and Pritt were both launched in the late 1970’s. Super Bonder’s formula has been improved over the years to increase its impact resistance, grip, versatility and quality. Pritt was introduced in 1979, revolutionizing the market, as the first glue in the world to adopt the stick format.

In 2006, Henkel completed the acquisition of Alba, a consumer adhesives company, and incorporated the Cascola, Durepoxi and Flexite brands into its portfolio. In 2009, Henkel banned the toluene solvent from all its adhesive products. In 2015, the company launched the de Sink and Mirror Assembly Adhesive, the first on the market with a dual function.

Bringing innovation in cosmetics to Brazil

Henkel’s Beauty Care business unit started operations in Brazil in 1989 with its Schwarzkopf Professional brand – introducing the Natural Styling and Silhouette brands through a distributor. In 1994 with the launch of Igora Royal, the brand strengthened its presence in the hair-color market. In 2004, it inaugurated the ASK Academy for hairdressers in Sao Paulo. In 2015, the brand introduced new products in the Bonacure Oil Miracle hair care line to meet the needs of all types of hair. 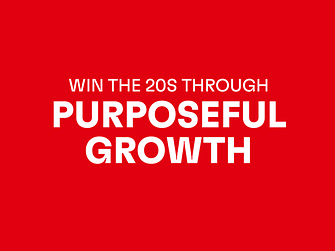 The main elements of our strategic framework are a winning portfolio, competitive edge in the areas of innovation, sustainability and digital as well as future-ready operating models, underpinned by a strong foundation of a collaborative culture and empowered people.