As part of its partnership with the GoodPlanet Foundation, the French laundry detergent brand Le Chat ‏(Persil’s local sister brand) raises consumers’ awareness of environmental protection and has involved Henkel volunteers in a nature restoration project along the Seine riverside. Thirty-three employees, some with their children, took part in the project two weeks ago. 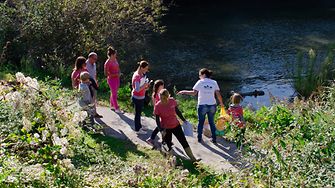 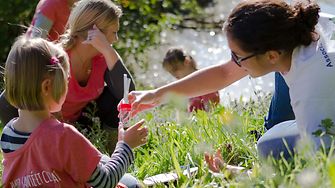 Children discovering the world of insects 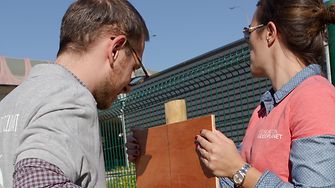 Children discovering the world of insects

The aim of this project initiated by the GoodPlanet Foundation and Le Chat is to restore biodiversity in a natural area close to Paris – along the Seine riverside – that has suffered from urbanization, while at the same time educating people living in the neighborhood to respect the environment.

After a guided tour of the area, which included an explanation of the project and the work done on site – benches and fences made of recycled wood or fish rearing –, everyone could learn about and work on restoring biodiversity.

Children discovered the world of insects and water-quality tests, while adults focused on the construction of birdhouses – eight were built and installed – and the creation of exhibition billboards describing the project.

The GoodPlanet Fondation is chaired by Yann Arthus-Bertrand, environmentalist, photographer, filmmaker, and goodwill ambassador for the United Nations Environment Program ‏(UNEP), in 2005.