The biggest televised sporting event in the US

Loctite at the Big Game

Loctite is the first-ever adhesive brand to advertise during the annual championship game of the National Football League. Henkel Adhesive Technologies is taking a bold step by advertising during one of the most watched television broadcast events of the year, becoming the first Henkel brand to do so. 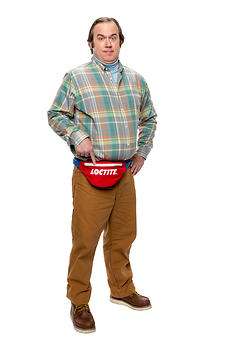 This is the biggest sporting and advertising event in North America, with last year reporting more than 110 million viewers. The game is also the most-streamed online sports event worldwide, with over 25 million tweets, America’s most-talked about TV event on Twitter.

For the first time ever, Henkel will use this high-profile stage to air a TV commercial. “This is a very bold move for Loctite, for Adhesive Technologies and for Henkel,” states Susanne Cornelius, Corporate Vice President for the Consumers & Craftsmen business at Henkel Adhesive Technologies. “So much has been achieved by our efforts for Loctite’s distribution, now is the right time to give consumers and customers a ‘big bang’ experience that will make our brand the top-of-mind choice and drive it further ahead of competitors in North America.”

The content of the TV commercial remains unknown until its release on February 1. However, to offer a glimpse, the highly anticipated commercial will draw on the huge success of the current “Win at Glue” campaign, calling attention that everyone can ‘win’ when using Loctite. The current campaign can be seen on YouTube. The ad involves a series of video commercials ending with the famous Loctite Dance, a viral video with more than 1.3 million views. 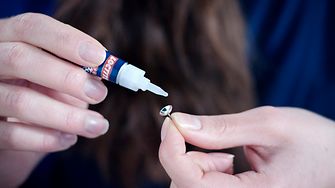 Consumers all over the world rely on Loctite for fast, strong and durable solutions in their bonding jobs

Loctite is the world leading brand for consumer adhesives

Consumers all over the world rely on Loctite for fast, strong and durable solutions in their bonding jobs

Loctite is the world leading brand for consumer adhesives

The 30-second Loctite commercial will air during the commercial break at the beginning of the fourth quarter. Henkel Adhesive Technologies strongly believes that focusing on this marketing stage will further drive differentiation from competition and extend market growth. “So far, the adhesive category has only been advertised in expected places with boring functional messages,” states Fred Chupin, Vice President of Marketing North America at Henkel. “This game is where the most exciting and innovative brands come to tell their story on the biggest stage, and we felt that Loctite had something unique to say to America. We know that no one will expect what they will see from Loctite on February 1.” 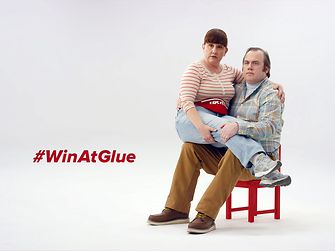 Read more and see the spot