In Germany, more than 23 million people actively engage in voluntary work to help people in need. What drives these volunteers? This question is asked by many people – especially today, on the International Volunteer Day. Nadine Frey, responsible for Henkel’s MIT initiative supporting the company’s employees and retirees in their volunteer work, knows the answer: “Many employees achieve tremendous things for the less fortunate in their free time. It gives them joy to help others and they feel their work can make a difference. Receiving support from Henkel makes our colleagues feel that their volunteering activities are taken seriously and recognized.” 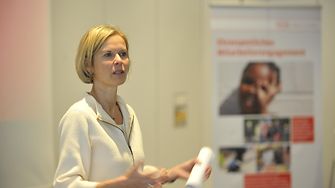 Through the “Fritz Henkel Stiftung” foundation, the company supports projects in areas like education and science, society, art and culture, sports, health and ecology. The “Make an Impact on Tomorrow” ‏(MIT) initiative, through which Henkel has been channeling donations and sponsorship of its employees and retirees’ social projects since 1998, plays an important role. Over 10,000 projects have already been supported in more than 50 countries around the world. The diversity of Henkel, with its 47,000 employees, is reflected in the many volunteering projects that the company supports through the MIT initiative worldwide. These include local projects in homes for the elderly, kindergartens, schools, self-help groups or projects abroad, such as providing medical supplies for children in Nepal or renovating a school in Nigeria. 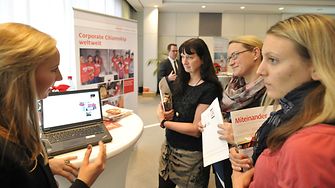 Henkel used the International Volunteer Day as an opportunity for various activities at its locations worldwide today – reminding everybody of the importance of social responsibility and encouraging employees to engage in volunteering. Henkel’s Corporate Citizenship team in Düsseldorf, Germany, invited all employees to an open discussion forum, also joined by Kathrin Menges, Executive Vice President Human Resources. Employees could exchange ideas and learn more about Henkel’s social engagement as well as the “Fritz Henkel Stiftung” foundation and the “Dr. Jost Henkel Stiftung” foundation at the event.

“Social engagement is anchored in Henkel’s corporate values and has always meant a lot to our company ever since it was founded in 1876,” said Kathrin Menges at today’s discussion forum. “In cooperation with the ‘Fritz Henkel Stiftung’ foundation and together with employees, retirees, customers, consumers and non-profit organizations Henkel engages in voluntary activities beyond its regular business activities. I’m deeply impressed by this engagement and it makes me proud!”