The award was voted for by the Priceline stores, one of Australia’s largest pharmacy retail chains. The jury took into account the business relationship across a range of levels such as visual merchandising support, staff training and education as well as partnerships with personnel at store level.

The prestigious award was announced at the annual Australian Pharmaceutical Industries ‏(api) Supplier Excellence Awards – and was received by the team of Henkel Beauty Care Australia. Due to its unprecedented support at the store level including in-store events and strong merchandising support for new launches, Henkel was crowned the winner ahead of two other strong nominees. 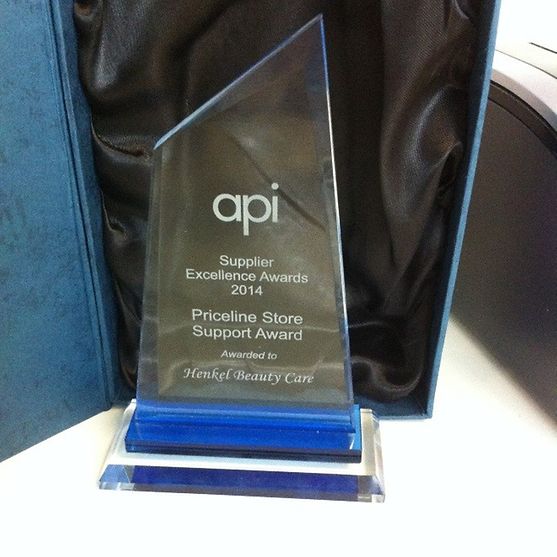