At Henkel’s Annual General Meeting today, CEO Kasper Rorsted reviewed the company’s successful performance in the fiscal year 2014. A dividend increase of 9 cents to 1 euro 31 cents per preferred share and 1 euro 29 cents per ordinary share was proposed to the shareholders. This represents a payout ratio of 30 percent. Despite market conditions that remain challenging, Rorsted confirmed the outlook for the full fiscal year 2015. This includes an increase in adjusted earnings per preferred share of approximately 10 percent.

2014: A successful year for Henkel

Referring to the difficult economic environment in the fiscal year 2014, Kasper Rorsted said: “We are very satisfied with our performance. We reached our financial targets for 2014.” Rorsted also highlighted the progress achieved in implementing the strategy 2016, offering specific examples showing how Henkel has successfully pursued its four strategic priorities: Outperform – Globalize – Simplify – Inspire.

Simone Bagel-Trah, Chairwoman of the Shareholders’ Committee and of the Supervisory Board, thanked the Management Board and all employees for their great commitment in 2014.

“2015 will be another challenging year for Henkel,” Rorsted said, emphasizing the high degree of uncertainty in the markets. “Volatility on the currency markets will remain. We expect the US dollar to appreciate further against the euro while emerging-market currencies are likely to weaken. Due to the persisting conflict between Russia and Ukraine, we expect stagnation in Eastern Europe and further pressure on the Russian economy and currency.”

Despite these difficult market conditions, Rorsted confirmed the outlook for the current fiscal year. “We expect to achieve organic sales growth of 3 to 5 percent in the full fiscal year 2015. We expect adjusted return on sales to be approximately 16 percent and anticipate an increase in adjusted earnings per preferred share of approximately 10 percent.”

In view of the company’s business activities in Russia and Ukraine, Rorsted underlined the importance of both countries for Henkel. “The conflict between the two countries affects companies operating there. However, we will stay in both countries. We have achieved significant growth there and we believe in the future of both countries,” stated Rorsted.

Further details regarding the business development in the first quarter of 2015 will be published with the quarterly report on May 7.

- AGM livestream broadcast (from 10 a.m.)
- Statement by Kasper Rorsted (from 10.15 a.m.)
- Press photos of the AGM (from noon)
- Press release on the results of the AGM (in the course of the afternoon) 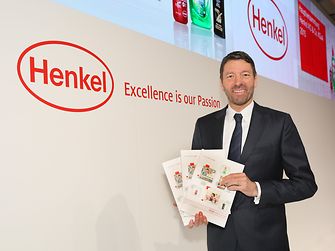 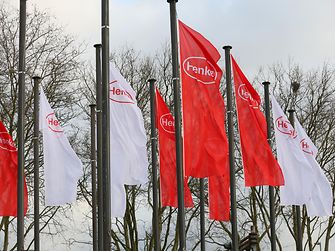 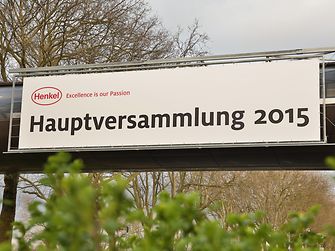 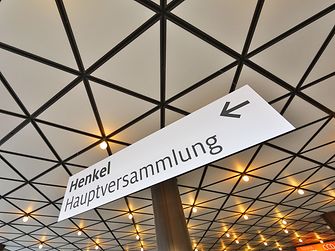